“Don’t Look Back In Anger”

“Choose the Right Tool for the Job”

You’d be surprised at some of the reasons given to us when we’re asked to conduct a simulation project:

I’m paraphrasing of course (I don’t have any “tapes”) but you get the idea.

Choosing to launch a simulation modelling project is a commitment to spend money, time and effort, and to gaze into an uncertain future. More significantly it entails making difficult decisions and taking action based on a lot of technical and business analysis – so you need sound and objective reasons for both starting that journey and using the most appropriate tool.  Choose the wrong tool and you’ll waste a lot of time, effort, money and goodwill! 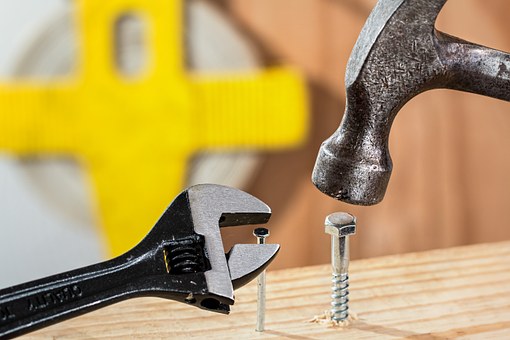 A computer simulation is a dynamic analysis of a system, a system that is characterised by constant and sometimes unpredictable change.  What types of systems have that character?  I think there are four main ones:

Some systems are just very complicated.  Some time ago the US Department of Defense published a now-famous flowchart of the causal links about the war in Afghanistan. It drove General Stanley McChrystal to declare: “When we understand that slide, we’ll have won the war.” 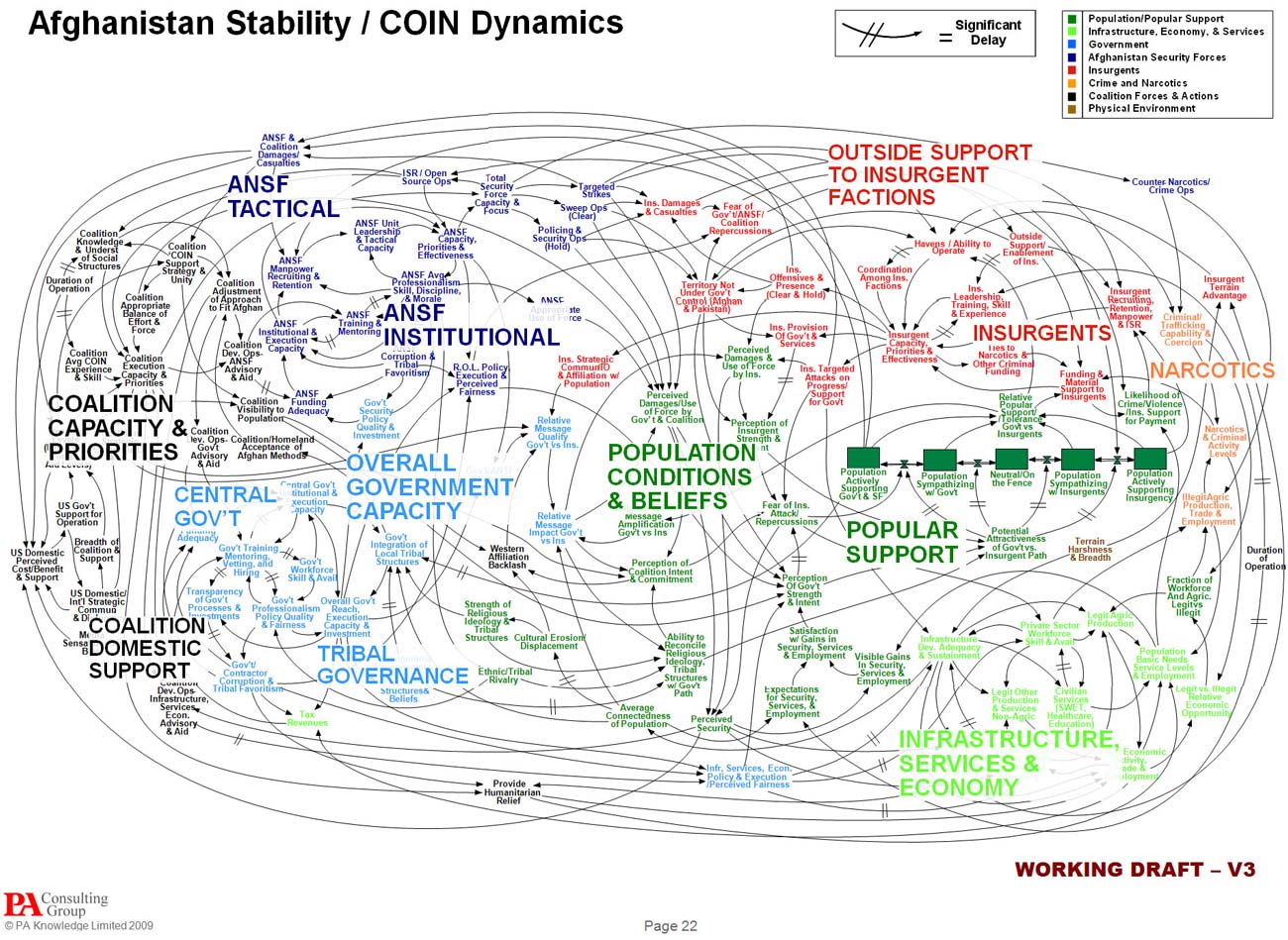 Most business and manufacturing systems, even where the process can be precisely defined, have a level of complexity that can only be modelled accurately using a computer simulation.  If you create a process map of your system and find feedback loops, splits, joins and decision points, you’re looking at a complex system!  If you’re examining things at a high-level then maybe a spreadsheet model will suffice, but if you end up with a Excel system with more than half a dozen calculation sheets, you’ve probably stepped into computer simulation territory. Only dynamic computer simulation can hope to produce an accurate analysis.

Systems where Causes and Effects are Separated by Space and Time

There are many processes where the “demand” created from one part of the system has to be satisfied by the “supply” several steps through the chain.  An easy example is in a brick factory, where bricks are extruded and stored during the day, fed continuously to a kiln for firing, and then assembled into packs the following day.  A “supply” problem at extrusion may be disguised if there is a lot of work-in-progress, and so may not have an impact on packing for 24 hours.  On a grander scale, imagine an industry with global manufacturing involving multiple stages of production in several countries, and distribution involving road, rail and ships.  Only dynamic computer simulation can hope to explore the impact of change in any of these processes.

Every system has to cope with the unexpected, where a beautifully designed process will operate smoothly – until it is spiked. Maybe is it is due to equipment breakdown or staff absenteeism.  Or maybe it’s caused by variable demand.  For example, you can’t predict when an individual will fall ill or have an accident, yet the health, social and emergency services have to spend billions on providing the right resources at the right time, and to deliver a coordinated response.  The major hospital near me, the Queen Elizabeth Hospital in Birmingham, has over 1,000 beds, 30 operating theatres, and a staff of nearly 7,000.  At a cost of around £550m, it probably needs to operate efficiently and effectively for decades to come, even as demographics change.  Only dynamic computer simulation can hope to predict the planning needed to manage such complex and interrelated processes.

How many times have you wished you had an extra pair of hands, or could be magically transported to another location?  Unfortunately, no one can be in two places at the same time.  Many systems share resources where concurrent tasks need to be prioritised dynamically.  An example is an overhead crane receiving requests to move items between locations.  Which ones to do first?  What if the sequence varies depending on where the crane is to begin with?  If you also had new tasks being introduced in mid-flow, the sequence might need to be interrupted and a new sequence developed.  Only dynamic computer simulation can hope to create an optimised sequence, and react dynamically when things need to change.

Simulation modelling is a wonderfully enabling and empowering technology, so if you’re involved any of the above situations you shouldn’t waste time trying to address the issues using the wrong tool.  No-one wants to get to the end of project, look back, find they’re no further forward – and wish they’d done the whole thing differently.

« Simulation costs too much and takes too long… Or does it?
“Livin’ in the Future” »

What I’ve learnt from 25 years of simulation consultancy

“I Can See Clearly Now” – Understand the Problem